Codicil to Last Will & Testament Kit

A codicil form is a simple document that you to change some of the provisions in your last will and testament without the need to draft an entirely new will.

This self-help legal kit includes step-by-step instructions, detailed information and all the legal forms necessary to prepare your own codicil without the need or expense of engaging a lawyer. It also includes various examples of the changes that you might wish to make to your will.

A codicil form is a simple document that you to change some of the provisions in your last will and testament without the need to draft an entirely new will.

Typically, changes made by a codicil form tend to either add or revoke minor provisions of a last will and testament. For example, you may wish to make an amendment to your will because an asset that you had gifted to someone has been sold or because you have acquired a new asset and want to make a gift of that asset to a specific person. However, not all changes are minor. For example, you could also change the beneficiary you have named for your residuary estate – often the largest part of a person’s estate.

It is important to remind you that if you don’t update your will to reflect changes in your circumstances or those of the people named in your will, then you do run risk. For example:

This is not simply scare mongering. Unfortunately, these problems are realities for many people who have either not made a will or failed to update it as circumstances around them changed.

Fortunately, a legal codicil provides a valid solution for those needing to update their wills. The form allows you to legally modify the provisions of your last will & testament without the need or cost of engaging an attorney to draft an entirely new last will.

You can create a valid legal codicil form in minutes from the comfort of your own home at a fraction of the price usually charged by other lawyers.

If you like this book, please leave a Review on Amazon.

Codicil to a Last Will and Testament

Principal Components of a Will

Matters that can Impact Wills

Updating your Will - Making Changes to Your Will

Recitals to a Codicil

Making Actual Changes to your Last Will & Testament

The following forms are included with this kit:-

- Template Codicil Form (approved by lawyers, and together with lots of sample clauses to help guide you)
- Estate Planning Worksheet

We’re proud to have helped thousands of people make online wills, trusts and powers of attorney over the past 20 years.

EstateBee was founded in 2000 by, and is managed by, experienced lawyers who are recognised experts in their fields.

We use our 20+ years of experience to help you ﬁgure out what you really want in a simple jargon-free way.

Help at every stage

Our customers are everything to us. So, we provide help to you at every stage of the document creation process.

There are no reviews yet. 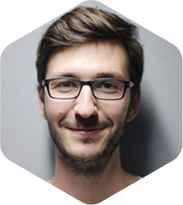 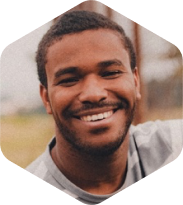 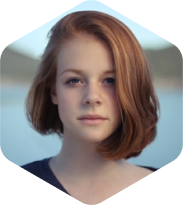 Our expert team is here to help

Get 20% OFF all Estate Planning Products for a Limited Time

Confirm Your Email Address to Receive Your Discount

To receive your 20% discount code, you’ll need to verify your email address and activate your account.

We’ve sent an activation link to you by email to . Just click on the link in the email, confirm your details and you’re good to go.