How To Challenge a Will

Under the best-case scenario, a will is administered, and little or no disputes arise as to the distribution of assets to heirs and beneficiaries. However, there are circumstances in which an interested party listed in the will as an heir or beneficiary or a creditor seeks to challenge a will or contest the administration of the will. In these cases, a party seeking to dispute the administration of a will can present a will contest or as it is also referred to as a will challenge. A will contest involves an interested party presenting a claim to the probate court alleging that the administration of the will is improper. One can divide will contests into four major areas: challenge a will based on execution; interpretation; undue influence and fraud; and the enforcement of debt obligations against the estate.

Challenge a Will’s Validity
One of the most common issues leading to a will contest involves an interested party deciding to challenge a will based on allegations that is invalid either in how it was executed or its overall validity such as the fact that the will as a whole or certain portions of the will were the product of undue influence.

1. The will shall be signed by the testator, by some other person in the testator’s presence or by a conservator appointed by a court order.

2. A will typically should be witnessed by at least two persons. A will that does not comply with these requirements may be challenged by an interested party.

A will contest may arise if any of these requirements has not been met. Will contests of this nature allege that the will is invalid and should not be used as a reflection of the testator’s intent.

Challenging a Will’s Interpretation
A will’s executor works under the direction of the probate court to interpret any ambiguous clauses in a will. Ideally, ambiguous clauses in a will can be avoided through proper will drafting an estate planning; however this is often not the case and many wills to the detriment of estates contain ambiguous clauses that leave unclear directions as to how assets in the estate are to be disposed. Other cases arise whereby it is unclear whether a codicil or amendment to a will is to serve as an amendment to the will or serves to revoke the prior document in full. In these cases the will contest would center on evidence regarding testamentary intent which admittedly can be difficult in the absence of the testator.

Contesting a Will Based on an Allegation of Fraud of Undue Influence.
Situations may arise under which an interested party may challenge a will based on an allegation that the terms of the will were the product of fraud or undue influence. Will contests can center on whether a party may have exerted undue influence over the testator in order to secure some benefits from the estate. Common examples of this type of contest may arise from the fact a non-family member may have been included in a will to the detriment of family members. A will contest here may allege that the beneficiary may have exerted undue influence over the testator to secure a benefit from the estate. In these cases, the party contesting the will would be required to show through evidence that, but for, the undue influence or fraud of a third party, the testator would not have provided a gift to the beneficiary. The success of this type of will contest will hinge on whether a contesting party can establish facts that establish that third party acted with the intent to unduly influence or defraud the decedent to gain a benefit from their estate.

Contests to Enforce Debts or Other Contracts
An executor managing a decedent’s estate, must take into account all debts owed by the decedent. However not all debts may be apparent to the executor which may prompt a creditor to place a claim against the estate for money owed by the decedent. A will contest to enforce a debt or contract must provide sufficient proof, that while living, the decedent engaged was legitimately indebted to the creditor. In this type of will contest the probate court must look into the proof of the debt to determine if it is valid. However, it is important to note that creditor claims against an estate often are not paid on their full value if the estate does not contain sufficient assets to satisfy the claim. Further, certain distributions in an estate will hold priority status over creditor claims. Therefore, if there are insufficient funds to satisfy fully the claim the creditor making the claim may not be entitled to full recovery even if the debt is deemed valid. 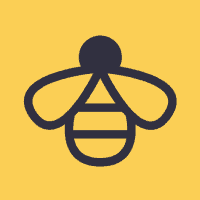 Founded by lawyers in 2000, EstateBee is a leading international estate planning and asset protection publisher.

Founded by lawyers in 2000, EstateBee is a leading international estate planning and asset protection publisher.