How to Amend a Will

A testator may amend his will in two ways. The first method involves completely redrafting the will whereby the former will is revoked to make way for a new will that reflects the desired changes. The second method of amending a will involves drafting a codicil to the will, or a document that supplements or amends an existing will. The comparative benefits of these approaches largely depend on many circumstances including the scope and complexity of the original will, the desired changes from the amendments, how closely the original will complies with the current law, and the testator’s intent. Before examining the comparative benefits between a codicil and executing a new will, descriptions of the two are in order.

A codicil is a testamentary instrument, executed after the original will that amends or supplements provisions in the will. In addition to altering the will, a codicil may perform other functions such as republishing a prior valid will; validating a previously invalid will, or reviving a formerly revoked will that has not been destroyed. A codicil must also meet the same formalities to be executed the original will required. For example, depending on the jurisdiction, a valid will must be signed by the testator in front of two witnesses. As such a codicil must also be signed in the presence of two witnesses.

Drafting a New Will

In some cases, it may be prudent to draft an entirely new will that incorporates changes in testamentary intent rather than preparing a codicil. A properly executed new will holds the legal effect of revoking a previous will, given that the document’s language reflects the testator’s desire to revoke all prior wills. In this case, the language of the new will must indicate that the previous will is being revoked, and the current version reflects current testamentary intent.

Codicil or New Will?

Codicils were historically a necessity, as drafting a new will required a person to rewrite the entire document with the proposed changes. However, this limitation has been made a non-issue given the ease by which an electronic document may be entirely regenerated or amended by word processing software. Given the ease by which legal; documents can be created and edited the amount of work required to retool an existing will be compared to drafting a codicil may be marginal. Therefore, the choice hinges on which option will be more legally effective for accomplishing testamentary intent.

As the discussions above illustrate, the legal questions surrounding amending a will, do not center on whether one can amend their will, rather the primary question centers on what method a testator should use to amend a will. With this issue in mind, whether to execute a new will or draft a codicil depends on the amendments required to represent adequately testamentary intent, without creating unnecessary ambiguity or confusion. As such, the question of how to amend a will should be answered according to individual circumstances.

How Can We Help You?

For more information on wills, read some of the other articles on this website.

You can also check out our book Make Your Own Last Will & Testament which takes you  step-by-step through the process of making a will, and covers all of the important matters you need to consider when making a will. If you would prefer to amend an existing will, rather than creating a new one (which usually revokes your old will), check out our Codicil to a Last Will & Testament Kit.  It will show you how to amend your existing will quickly and easily, and without the need for a lawyer.

If you have any questions about our products or services, please contact our  customer service team, who would be delighted to assist you. 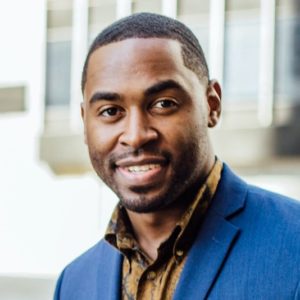